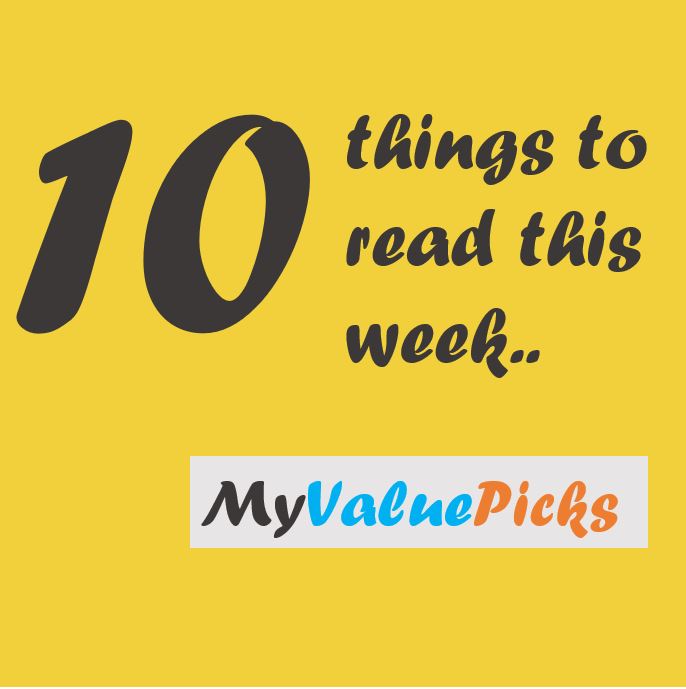 Here are the ten interesting things to know this week, ended Sep 30, 2016.

India:
1) How to bring retail investors into the stock market
Too few distributors and too little knowledge are all stopping small investors from enjoying the market highs, says Nilesh Shah. Read more: [Economic Times]

2) If you want multibagger returns from smallcaps, avoid these five mistakes
Some of the smallcap stocks have indeed rallied ahead of fundamentals, but experts say the downside still remains limited. Read more: [Economic Times]

3) Successful equity investing requires hard work, analysis, market understanding, not ‘tips’
Sensex has grown from a value of 100 to 30,000 over the years, and we focus so much on the positive outcome that we forget the underlying process. Read more: [Economic Times]

Global:
7) Does Warren Buffett have a new favorite bank?
Buffett told the Fox Business that he was going to wait until November to talk about Wells Fargo, the presidential election and other topics. Read more: [CNN Money]

8) Wells Fargo isn’t the only one: Other bank workers describe intense sales tactics
Most Americans were shocked when they learned that thousands of Wells Fargo employees had opened millions of fake accounts. Read more: [CNN Money]

9) Pepsi beats Coke thanks to junk food
Pepsi has outperformed Coke for the past few years. And it looks like that trend won’t end anytime soon. Pepsi reported sales and earnings that topped forecasts. Read more: [CNN Money]

10) India isn’t just growing fast, it’s much more competitive
India was the most improved country in the 2016 ranking, moving up 16 places to 39th. It’s a major improvement from two years ago when it languished in 71st position. Read more: [CNN Money]